While many programs aimed at prescription drug abuse focus on how to stop diversion of medications, an often overlooked but critical issue is preventing and treating opioid overdoses, according to a Brown University researcher.

“Our goal was to understand not just why it was happening, but what we can do now to prevent it,” said Dr. Green, who spoke about her research at the recent annual meeting of the Association for Medical Education and Research in Substance Abuse.

Dr. Green and her colleagues conducted a rapid assessment and response project, convening a community advisory board of substance abuse treatment professionals, people in the recovery community, active opioid users, EMS providers, and state and local officials to guide their research. They looked at data on prescription opioid overdoses, collected interviews with 195 people, and discussed how to respond to the growing crisis. 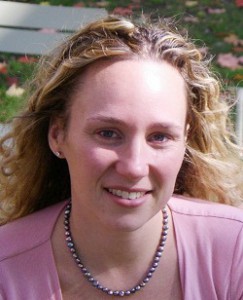 “We found that awareness around the topic of overdose and drug poisoning was lacking,” Dr. Green said. “People didn’t know it was a problem. They didn’t know what an overdose looks like. It made us realize that in these communities, there is a great deal of stigma around prescription opioid overdoses.”

The community advisory board came up with a number of suggestions, including working with local clinicians specializing in treating substance abuse and chronic pain, to develop safer prescribing tools that would be locally relevant. They devised resources for clinicians with concerns about patient addiction or drug diversion. They created and distributed posters and other educational materials in English and Spanish to inform the public about opioid overdoses in the small towns and suburban New England communities experiencing the overdose outbreaks.

The group also made recommendations on how clinicians can talk with their patients about oversedation and symptoms of overdose. “People taking opioids need to talk with their loved ones or people they live with about these issues. They also need to create a household-based intervention for securing pills, especially if they live with young people, because they have medication for pain control in their home that has the potential to be a fatal poison.”

While both Connecticut and Rhode Island have prescription monitoring programs (PMPs), they, like most such programs, are designed to thwart “doctor shopping,” and generally do not offer resources on overdosing, according to Dr. Green. Her group worked with the agencies that run PMPs in those two states to provide online tools for clinicians, and to develop materials aimed at preventing and treating overdoses.

Dr. Green found the communities she worked with were interested in programs to use naloxone (Narcan), a drug that safely reverses the potentially fatal side effects of an overdose of oxycodone, heroin and other opioids. It has been routinely used by emergency rooms and ambulance crews for decades. In the past few years, naloxone has been distributed free to opioid users and their loved ones, in a growing number of sites around the country.

A recent report by the Centers for Disease Control and Prevention (CDC) found that widely distributing naloxone, and training people in how to use it, could save many lives. It has successfully reversed more than 10,000 drug overdoses since 1996, according to the CDC report. Through the study, three substance abuse treatment centers and one recovery center in the study communities hosted pilot programs of prescribed take-home naloxone. They continue to offer the medication to clients, as part of the Connecticut Department of Mental Health and Addiction Services’ new naloxone initiative.

As a result of increased awareness about opioid overdoses, which came about in large part through Dr. Green’s research, both Connecticut and Rhode Island passed Good Samaritan laws during the course of the study. The laws give people limited immunity on drug possession charges if they seek medical help for someone suffering from an overdose. Rhode Island’s new law also promotes and protects the administration of naloxone by laypersons in a witnessed overdose.

Another important outcome of the study was educating local officials that opioid overdoses are not just a problem in major cities, but are also occurring in towns and suburbs, Dr. Green noted. “Treatment centers are often located in cities but drug use is everywhere. Limited or no treatment options – what we call ‘treatment deserts’ – in small towns and suburbs are contributing to the overdose deaths we are seeing there. We need to think about how to bring treatment opportunities to troubled non-urban areas – through satellite centers, using transportation vouchers to allow clientele to come to the larger treatment centers, or other options.”

One issue that needs attention in communities, Dr. Green observes – even in the small towns and suburbs like the ones she studied – is the high risk of overdose and relapse for prisoners leaving correctional facilities. “There is a need to work with the incarcerated population before they leave to get overdose prevention messaging, both for heroin and prescribed pain medication,” she says. “It needs to be part of pre-release planning. This is a profound risk that we cannot ignore.”