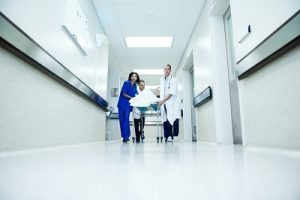 A new study finds the number of young children and teens hospitalized for opioid painkiller overdoses has almost tripled in recent years.

Most poisonings due to opioid painkillers among children under 10 were accidental. Lead researcher Julie Gaither of the Yale School of Medicine says young children are “eating them like candy.” Most overdoses among teens were accidental, although some were suicide attempts, Dr. Gaither noted.

The study appears in JAMA Pediatrics.