Almost one in three tenth graders have smoked marijuana at least once, according to the survey of more than 3,000 Los Angeles high school students. About 8 percent have tried all three methods of marijuana use, Reuters reports.

“This raises the question whether teens who have traditionally been at lower risk for use of cannabis and other drugs in traditional smoked forms may be drawn into cannabis in alternative forms that may lack some of the deterrents . . . like the smell, taste, and harshness of inhaling cannabis smoke and difficulty concealing use of smoked cannabis to authority figures,” said senior study author Adam Leventhal, director of the University of Southern California’s Health, Emotion, and Addiction Laboratory in Los Angeles.

The survey, published in JAMA Network Open, was conducted in 2015, before recreational marijuana was legalized in California. 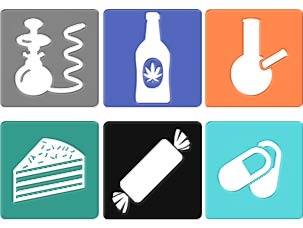 Ways Marijuana is Used: A Guide for Parents

Not only is marijuana more potent than it was when today’s parents were growing up, it is also being used in new ways aimed at getting a stronger and longer-lasting high.

It’s impossible to know every method that marijuana is being used in. However, you can start by educating yourself about what’s out there.