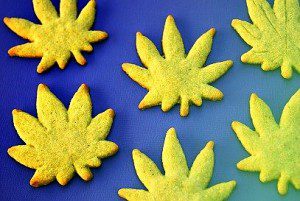 The number of out-of-state tourists in Colorado who visited the emergency room with marijuana-related medical problems at the University of Colorado Hospital doubled between 2013 and 2014, researchers report in the New England Journal of Medicine. Retail sales of marijuana began in 2014.

During the same period, marijuana-related visits to the ER by Colorado residents remained steady, HealthDay reports. Study co-author Dr. Andrew Monte said this suggests that local residents have become better educated about marijuana use. Medical marijuana has been legal in the state since 2000.

“People in Colorado are becoming more experienced with use of these products,” he said. “Sometimes visitors to the state, it’s more difficult to get the educational information in their hands. They may be less experienced with the particular products in the state. They haven’t been exposed to the deluge of public health messaging.”

Monte explained tourists are most likely to end up in the ER because marijuana has worsened existing mental health issues, such as schizophrenia, anxiety or depression. Some tourists also need medical attention because marijuana has triggered their asthma or sped up their heart rate. The hospital also sees tourists who experience severe vomiting after eating too much edible marijuana.

Dr. Doug Hill, a Colorado-based emergency medicine specialist and spokesman for the American College of Emergency Physicians, said tourists who are not used to edible marijuana products may consume too much because they don’t realize it takes awhile to produce an effect.