Innovative Sheriff-led Initiatives for Offenders with Substance Use Disorders 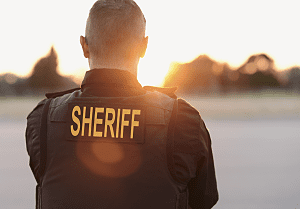 According to the Centers for Disease Control and Prevention, drug overdose deaths are increasing in the United States, with the majority of those overdose deaths (more than six out of 10) involving an opioid. Alarmingly, over 91 people die each day from opioid overdoses.

Law enforcement officers are often the first on the scene to find someone overdosing, and as a result, many of those who use substances find themselves involved in the criminal justice system. The National Center on Addiction and Substance Abuse estimates that nearly two-thirds of the nation’s 2.3 million inmates in jails and prisons have a substance use disorder (SUD).

Financially, according to a 2016 study published in Medical Care, opioid misuse, abuse, dependence and overdose resulted in $7.7 billion in criminal justice-related costs – nearly all borne directly by state and local governments.

Arresting, prosecuting and incarcerating individuals with SUDs does not address addiction and the demand for prescription drugs and illegal substances. Treatment and rehabilitation are the keys to reducing substance use, health care costs and recidivism. For every dollar invested in treating someone with a SUD, four dollars will be returned in health care costs and seven dollars will be returned in law enforcement and other criminal justice costs.

Sheriffs and police officers across the country who recognize the extent of the problem are implementing innovative programs that focus on treatment of the underlying SUD as a long-term solution. Approaches include the use of naloxone, access to treatment, treatment upon entry, access to medications approved for the treatment of opioid use disorder and assistance with insurance coverage. Many jails are electing to use their own budgets to facilitate these programs.

Case County (Fargo), North Dakota Sheriff Paul Laney believes that individuals who commit crimes should not get a “free pass” merely because they have a SUD, but “if it’s a nonviolent crime, and they can be sentenced to treatment,” they will be in recovery and are not going to commit further crimes to feed their habit.

Sheriffs have worked with their legislatures in combating SUDs and developed innovate programs as well. Some include:

Since law enforcement has found itself on the front lines of the drug overdose epidemic, officers have had to shift their priorities to address the fact that untreated substance abusing offenders are likely to continue their criminal behaviors as a result of such drug use. Law enforcement has learned that providing treatment is smart on crime, not soft on crime. Sheriffs and their staffs are contributing to a nationwide movement to get inmates the treatment they need, resulting in an overall reduction in costs and recidivism and in saving and rehabilitating lives.

Sign up to join our community working to end addiction.

By entering your email address above you are opting in to receive email communications from Partnership to End Addiction and agreeing to our Terms of Use and Privacy Policy.