Heroin, Oxycodone and Cocaine Are the Most Expensive Addictive Substances: Study

A new study that looks at the long-term costs of addiction finds heroin, oxycodone and cocaine rank as the top three most expensive substances. Each addiction costs more than a million dollars to support over a 50-year period, CNBC reports. 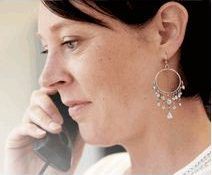 Connect with someone who will listen, answer questions and help you create an action plan.