Flakka Use Expanding From Florida to Other States 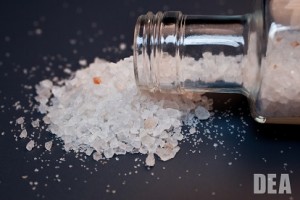 Flakka, the synthetic drug that has hit Florida hard, has been spreading to states including Kentucky, Tennessee and Ohio, The Wall Street Journal reports. People using the drug suffer bouts of extreme paranoia.

Flakka, also known as gravel, is highly addictive, the article notes. In Broward County in South Florida, 29 people have died from flakka use in the past year, according to the county medical examiner. The county crime law is analyzing an average of 100 flakka cases a month this year, up from 80 last September, and one case in January 2014.

Flakka is outpacing cocaine in popularity in south Florida, officials there say. Flakka is cheaper and easier to obtain than cocaine. The drug is available for $5 a vial or less. Its main ingredient is a chemical compound called alpha-PVP.

Vaporizing, which sends the drug very quickly into the bloodstream, may make it particularly easy to overdose, NIDA notes. Alpha-PVP can cause a condition called “excited delirium” that involves extreme stimulation, paranoia, and hallucinations that can lead to violent aggression and self-injury.