Recovery coaches are trained peers with a history of SUD. Although recovery coach interventions are being implemented nationwide, Dr. Magidson noted there is limited data to support their impact on costs or clinical outcomes.

“Our hypothesis is that as people get more engaged with outpatient treatment of different kinds, such as mental health care and primary care through recovery coach contact, they may be less likely to need hospitalization,” said researcher Jessica Magidson, Ph.D., Assistant Professor in the University of Maryland Department of Psychology. “Our initial results suggest that recovery coaches may be an effective new addition to the SUD care team.” Dr. Magidson noted that future research using a matched comparison of patients receiving coaching and those not receiving coaching is needed.

The nine recovery coaches in the study had been in recovery for at least two years themselves, and had gone through a Massachusetts recovery coach training program called the Recovery Coach Academy. They were also supervised by staff at Massachusetts General Hospital, overseen by Sarah Wakeman, M.D., Medical Director of the Substance Use Disorder Initiative at Mass General. The recovery coaches were integrated into primary care and community health settings throughout the hospital system.

The coaches provide help in a number of areas, including helping patients navigate the care system, building a relationship with patients, and helping to support their behavior changes in their journey toward recovery. “There’s a huge emphasis in training on meeting the patient where the patient is,” Dr. Magidson said. “The patients identify their own goals for treatment and the coach helps support them to meet those goals.”

The study included patients’ medical records over a one-year period, comparing six months before the first recovery coach contact to six months following the contact. During the study period, recovery coaches saw 643 patients. The percentage of patients hospitalized decreased from 29 percent in the pre-coaching period to 23 percent after coaching. There was no change in emergency department utilization during the study period. Outpatient utilization significantly increased, from a median of three visits in the pre-coaching period to five after receiving coaching.

The coaching varied among patient/coach pairs. Some met just once, while others met regularly. The average number of meetings was four over about two months. Most of the meetings took place in person at the hospital, community health center or primary care office, but some of the contact was over the phone.

“There’s been a lot of momentum around recovery coaches recently, but there haven’t been that many rigorous scientific evaluations about how well they work,” Dr. Magidson said. “This study provides more empirical support about changes we see after patients meet with a recovery coach.” 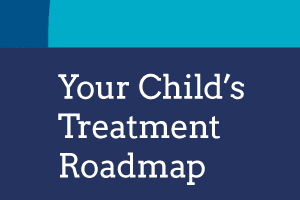