Featured News: Meth Use is Rising Among People Who Use Opioids

Over one-third of people using opioids in 2017 reported also using methamphetamine – more than double the rate in 2011, according to a new study.

The study included 13,251 participants in 47 states who entered a substance abuse treatment program for opioid use disorder. The researchers found past month concurrent opioid and methamphetamine use doubled from 16.7 percent in 2011 to 34.2 percent in 2017.

“We were surprised to see such an increase in meth use among people using opioids,” said lead researcher Theodore Cicero, Ph.D, John P. Feighner Professor of Psychiatry at Washington University in St. Louis, who described the findings at the recent annual meeting of the College on Problems of Drug Dependence. “We knew that since there was a clamp-down on opioid abuse, people were switching to other drugs, but our main concern was heroin. We were surprised to not only see a rise in heroin use, but a sharp increase in the use of methamphetamine.”

Specifically, Dr. Cicero said, amphetamines, such as meth, produce the opposite effect of opioids. “They wake you up, while opioids are downers,” he said. “Apparently, more people use both drugs so one counteracts the effect of the other – they can balance each other out.” He emphasized that each drug alone carries dangers, and mixing them is especially hazardous.

When meth use was at its peak, Congress passed the Combat Methamphetamine Act in 2005, which required stores to put the cold medicine pseudoephedrine – a key meth ingredient – behind the counter, and limited sales. Meth sales plunged as a result. Then Mexican drug cartels started bringing meth into the country, according to the Drug Enforcement Administration. In the past five years, the amount of meth seized has tripled, U.S. Customs and Border Protection reports.

The new study illustrates that public health policies can have unintended effects, Dr. Cicero says. “As we address the opioid epidemic, we’re creating a different problem,” he said. “We have to realize that people often take drugs trying to escape from depression, anxiety and the circumstances of their lives. We have to address the demand side of the equation – why do people need to escape from life, not just try to limit the supply.” 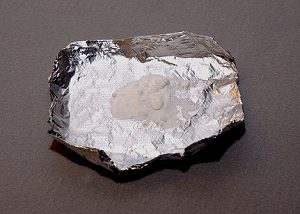 Know the facts about meth and connect with help and support to keep your child safe.