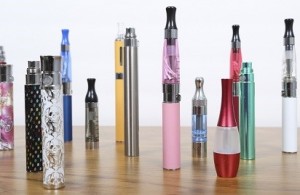 New regulations for e-cigarettes are likely to have a large impact on the industry, experts say. The rules could force many small e-cigarette businesses to close, while benefitting large tobacco companies.

The Food and Drug Administration (FDA) is expected to require federal approval for most e-cigarette devices and flavored liquid nicotine juices, The Wall Street Journal reports. The agency is likely to announce the new rules within the next two months.

The approval process will be costly, ranging from $2 million to $10 million for each item, the article notes. The Smoke-Free Alternatives Trade Association, which represents vapor shops and manufacturers, estimates the rule could force 99 percent of the industry to go out of business.

The result, experts say, would be a reduced supply of liquid nicotine, and increased costs for both shop owners and e-cigarette users. Big tobacco companies with their own e-cigarette brands, such as Altria and Reynolds American, would likely benefit because they can afford the approval process, according to Kevin Altman, a consultant to the Council of Independent Tobacco Manufacturers of America.

The FDA proposed rules for regulating e-cigarettes in April 2014. The rules would ban the sale of e-cigarettes, cigars and pipe tobacco to anyone under age 18. Manufacturers of e-cigarettes and cigars would have to register with the FDA, give the agency a detailed account of the products’ ingredients, describe their manufacturing process and scientific data, and submit to FDA inspections. Companies would no longer be allowed to offer free samples. E-cigarettes would be required to come with warning labels stating they contain nicotine, which is addictive.

Under the proposed rules, companies would have six months to register products and ingredients, and two years to complete the approval process.