FDA Announces Restrictions on Sale of Flavored E-Cigarettes to Teens

The Food and Drug Administration (FDA) on Thursday announced new restrictions on sales of flavored e-cigarettes to teens, The New York Times reports.

The FDA will allow stores to continue to sell flavored e-cigarettes, but only from closed-off areas that are not accessible to minors. The agency also announced it will outlaw menthol cigarettes and flavored cigars.

This week, the e-cigarette company Juul Labs announced it will stop selling most of its flavored e-cigarette pods in retail stores. The company will also shut down its social media accounts.

In September, the FDA announced it is launching a new campaign to warn kids about the dangers of e-cigarette use. “E-cigarettes have become an almost ubiquitous – and dangerous – trend among youth that we believe has reached epidemic proportions,” said FDA Commissioner Scott Gottlieb. 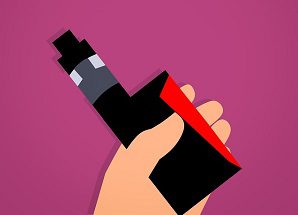