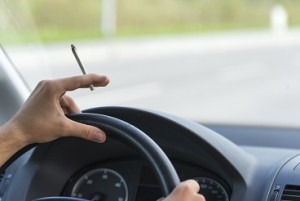 The findings come from the Governors Highway Safety Association. The group found 38 percent of people who died in auto accidents in 2013 and were tested had detectable levels of potentially impairing drugs – both legal and illegal – in their system. That percentage is almost the same as those testing positive for alcohol, CNN reports.

The most common drugs detected were marijuana (34.7 percent) and amphetamines (9.7 percent), which includes nasal decongestants and drugs to treat attention deficit hyperactivity disorder.

He noted one reason for the rise in drugged driving could be that “marijuana use is increasing, driven in parts by the states that legalized marijuana for medicinal and recreational use, and the second is that prescription painkiller use has gone up substantially.”

The report found 6.9 percent of people killed in auto accidents had hydrocodone in their system, while 3.6 percent had detectable levels of oxycodone, 4.5 percent had benzodiazepines (found in anti-anxiety and anti-depression drugs), and 4.5 percent had cocaine.

“Alcohol is the deadliest drug we have by practically any metric…and alcohol in combination with [marijuana] is particularly malignant,” Dr. Gary Reisfield, professor of psychiatry at the University of Florida, told CNN.

The report recommends that states train law enforcement officers to recognize the physical and behavioral signs associated with different substances.