A new study finds doctors who were informed of their patients’ deaths from prescription opioids were less likely to prescribe the drugs for new patients.

The doctors also issued fewer high-dose prescriptions over the next three months, compared with doctors who did not receive a letter informing them of patient overdose deaths, according to The Washington Post. In total, there was almost a 10 percent reduction in the total amount of opioids they prescribed.

The form letters stated, “This is a courtesy communication to inform you that your patient (Name, Date of Birth) died on (date). Prescription drug overdose was either the primary cause of death or contributed to the death. We hope that you will take this as an opportunity to join us in preventing future deaths from drug overdose.”

Many doctors who prescribe opioids may believe that addiction is a problem that happens to other doctors’ patients, because they never find out about their own patients who died of an overdose, the article notes.

The study, published in Science, followed doctors for three months after they received the letters. 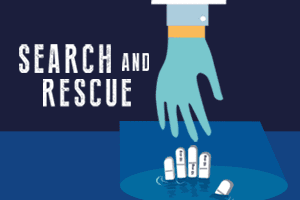