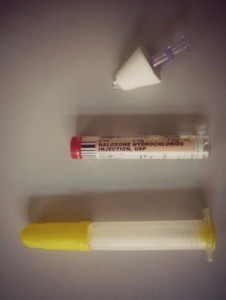 It is no secret that America is in the midst of an opioid epidemic resulting from the use of both pharmaceutical opioids and heroin. The scope of the epidemic is not clear, but the Centers for Disease Control estimates that opioid overdose deaths have surpassed motor vehicle accidents in annual fatalities, with approximately 44,000 drug overdose deaths each year.[1]

Increasingly, state lawmakers are recognizing the important role that naloxone, an opioid antagonist that blocks the effects of opioids in one’s body, can play in quelling the opioid crisis in the United States, and legislatures are enacting naloxone access laws at breakneck speed. Moreover, while there exist fewer Good Samaritan overdose protection laws which provide criminal immunity from arrest and prosecution on drug use or possession to those who call for medical assistance for someone who is overdosing, legislators are realizing that Good Samaritan laws are important if they want to encourage bystanders to call for emergency assistance in the event of an overdose.

At the start of 2015, 30 jurisdictions, including the District of Columbia, already had some form of a naloxone access statute. Twenty-five of the states allow immunity from professional, civil, or criminal liability for health care professionals and lay people who prescribe, administer, or dispense naloxone. Twenty of the states allow a prescription for naloxone to a third party (e.g., friend or family member). During this legislative session, 38 states introduced a bill to create a new law (or amendment to an existing statute) on naloxone access, and as of May 2015, eight states passed an amendment to an existing naloxone access law, while eight enacted new legislation.

Each state’s naloxone access statutes vary widely. Some include pharmacists in their definition of “health care professional,” (e.g., CO); some allow a pharmacist to dispense naloxone without a prescription (e.g., CA); some require training or education for recipients before they can obtain naloxone (e.g., OR); and some are preparing to provide naloxone to departments of correction (e.g., NY) and in schools (e.g., DE).

With respect to Good Samaritan legislation, at the start of 2015, 22 states had an overdose protection statute providing immunity from other laws (e.g., possession of a controlled substance). Thirteen of the 22 statutes allow a court to take into consideration the fact that the defendant made an effort to obtain or provide medical assistance for an individual experiencing a drug-related overdose in a criminal prosecution or sentencing for a drug or alcohol-related offense for which a person has not been found to be immune. During this legislative session, 19 states introduced a bill (or amendment to an existing statute) on Good Samaritan protections, and as of May 2015, four states passed an amendment to an existing Good Samaritan statute, while two states enacted new legislation.

Susan P. Weinstein is Director of Congressional and Federal Affairs at the National Alliance for Model State Drug Laws.