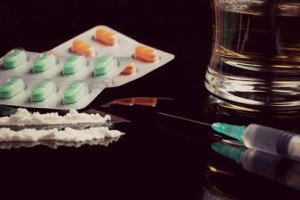 Seven hundred twenty-two. This is the number of bills that state legislatures are currently considering on five topics related to controlled substances and prescriptions drugs – and it is only April. This figure includes state bills relative to naloxone and Good Samaritan protections, prescription monitoring programs, powdered and crystalline alcohol, changes to controlled substance scheduling, and marijuana: including medicinal marijuana use, marijuana decriminalization, and legalized non-medical marijuana use. These five topics represent some of the most high-priority drug-related issues legislators and policy makers are tackling but it is by no means exhaustive. States are also considering changes to synthetic substance laws, changes to laws that govern prescribing and other aspects of the practice of medicine, prescription drug abuse and changes in sentencing guidelines for controlled substance-related crime to name a few.

The depth of legislative activity on the state level is also trending upward on the federal level. During the current 114th session, the House and Senate are already considering upwards of 20 controlled substance-related bills including the “Regulate Marijuana like Alcohol Act,” which would decriminalize marijuana at the federal level and reserve to states the power to regulate marijuana in the same way alcohol is regulated from state to state; the “Compassionate Access Research Expansion and Respect States (CARES) Act,” which amends the Controlled Substances Act by rescheduling marijuana from a Schedule I to a Schedule II substance on the federal level; the “Comprehensive Addiction and Recovery Act of 2015,” which authorizes the Attorney General of the United States to award grants to address the national epidemics of heroin use and prescription opioid abuse; and the “National All Schedules Prescription Electronic Reporting (NASPER) Act of 2015,” which reauthorizes the law that provides grants to state prescription monitoring programs to expand and improve those programs.

The volume of bills that have thus far been introduced is noteworthy but perhaps not as eye-opening and potentially controversial as the import and potential impact of the subject matter of the legislation, particularly with regards to the marijuana-related provisions. Some states have already legalized recreational use of marijuana and other states indicate they will follow suit by, for example, announcing ballot measures that would seek to legalize recreational marijuana use. Although marijuana is still a Schedule I controlled substance under the Controlled Substances Act, meaning the substance has a high potential for abuse and has no currently accepted medical treatment[1], federal controlled substance law related to marijuana is in many instances not being enforced, muddying the waters.

Some entities are trying to seek clarity by taking matters into their own hands – the Sheriff of Larimer County, Colorado; Sheriffs in five other Colorado countries; and county Sheriffs from six neighboring states have filed suit against the Governor of Colorado seeking an injunction against the application and enforcement of that state’s marijuana legalization on the basis that the Colorado measure is preempted by federal law.[2] High profile court cases are also pending related to funding for collection and disposal of unused pharmaceuticals, the federal classification of marijuana as a Schedule I controlled substance, the constitutionality of denying access to certain medications to opiate-addicted persons that are in the court system and the Drug Enforcement Agency’s administrative subpoena authority as to obtaining state prescription monitoring program information. Regardless of the outcome of these cases, more are likely to follow, with some being related to existing controlled substance law and with some perhaps precipitated by new laws, which are seemingly being introduced every day.