Only 53 Percent of Doctors Use Their State Prescription Drug Monitoring Program: Study 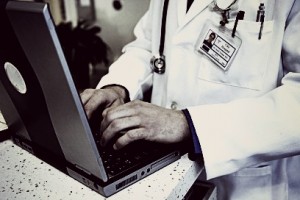 Only 53 percent of primary care physicians use their state prescription drug monitoring program, according to a new survey. The national survey found 72 percent of doctors were aware of their state’s program.

Researchers from the Johns Hopkins Bloomberg School of Public Health surveyed 420 primary care physicians about their knowledge of prescription drug monitoring databases, which are designed to reduce prescription drug abuse. The databases can help physicians spot patients who are “doctor shopping,” or obtaining prescriptions from multiple physicians. Every state except Missouri has such a program in place, MedicalXpress reports.

Most of the programs require doctors and/or pharmacists to enter information about prescriptions and dispensing of medications so they can be tracked. In some states, law enforcement can access the data.

The findings are published in Health Affairs.

“The success of these programs depends on physicians’ knowledge, impressions and use of them,” study leader Lainie Rutkow, JD, PhD said in a news release. “While awareness of the programs is relatively high, barriers exist. The information in our report about the barriers physicians face will give states something to focus on.”

Rutkow said a challenge for the programs is the lack of information sharing between states. “It’s a goal of course to ultimately have interstate interaction, especially in large urban areas that span multiple states,” she noted.