Only 25 Percent of Treatment Facilities Offer Medications for Alcohol Use Disorder: Study 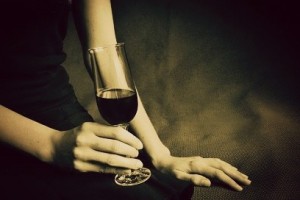 Only 25 percent of all substance abuse treatment facilities offer at least one medication to treat alcohol use disorders (AUD), a new study finds. Although four drugs have been approved by the Food and Drug Administration for this purpose, many patients lack access to evidence-based treatments that can potentially benefit them, the researchers say.

Researchers from the Substance Abuse and Mental Health Services Administration (SAMHSA) analyzed national data from a 2012 census of more than 14,000 U.S. substance abuse treatment facilities to see how many facilities offered AUD medication. They looked at facilities that offered inpatient, residential or outpatient care, or a combination.

They found only 25 percent of all facilities offered at least one of the AUD medications and only 5 percent offered all four. The researchers reported their findings at the recent annual meeting of the American Society of Addiction Medicine.

The approved medications are naltrexone (available as an oral drug, Revia, and an injectable drug, Vivitrol), acamprosate (Campral) anddisulfiram (Antabuse). Naltrexone can help people reduce heavy drinking. Acamprosate makes it easier to maintain abstinence. Disulfiram blocks the breakdown of alcohol by the body, causing unpleasant symptoms such as nausea and flushing of the skin. Those unpleasant effects can help some people avoid drinking while taking disulfiram.

The study found that of the 763,701 clients in treatment for AUD on one particular day in 2012, only 34 percent were treated in a facility offering at least one of the four medications.

“Facilities are primarily using psychosocial types of treatments,” said Margaret E. Mattson, PhD, a research scientist in the Center for Behavioral Statistics and Quality at SAMHSA. “A lot of them are wedded to various 12-step programs, which are not inclined toward medication as the primary form of treatment.” Other forms of non-drug treatment that are commonly used are contingency management, in which clients are promised a reward if they behave in a certain way, family therapy, Cognitive Behavioral Therapy and Motivational Enhancement Therapy.

“There is still the notion out there that alcoholism is not a disease,” she said. “Certain facilities believe it is a problem that should be tackled by willpower and without the aid of medication.”

Other possible reasons why so few treatment facilities offer medication are that physicians are not aware of the medications, they lack the training to administer them, or they are not confident of the medications’ effectiveness, Mattson said.

In addition, patients don’t know about the medication, so they don’t request them, she said. “You see so much advertising for medication, but unlike drugs like Lipitor, you don’t see ads for AUD medications.”

Mattson and her co-researchers, Alex Strashny, PhD and Emily Goettsche, say they were surprised at the factors that were associated with the centers’ adoption of medications. If a facility offered all three treatment settings, namely, inpatient, residential and outpatient treatment, it was nine times more likely to offer AUD medication than a facility that only offered residential treatment.

“Facilities that offer more types of care may have a broader philosophy of treatment,” Mattson said. “Patients are seen by a greater number and variety of therapists. Staff at these facilities may have a greater knowledge of these medications, and more of them may be available.”

More education of both providers and patients is needed, so they know what the options are, she concludes. “Providers need to understand that these medications are not silver bullets—they won’t work for everyone. As with antidepressants, every drug doesn’t work for every patient. Sometimes several medications need to be tried, and used in conjunction with a strong psychosocial program.”

According to the National Institute on Alcoholism and Alcohol Abuse (NIAAA), not all people will respond to medications. “But for a subset of individuals, they can be an important tool in overcoming alcohol dependence,” the agency says on its website. The NIAAA states that all medications approved for treating alcohol dependence are non-addictive. “These medicines are designed to help manage a chronic disease, just as someone might take drugs to keep their asthma or diabetes in check,” the agency notes.

Last year, a study published in the Journal of the American Medical Association found that naltrexone and acamprosate are rarely used. The researchers reviewed data on about 23,000 people in 122 studies. They concluded that in order to prevent one person from returning to drinking, the number needed to take acamprosate was 12, and the number needed to take naltrexone was 20. In contrast, large studies of widely used drugs such as cholesterol-lowering statins have found that 25 to more than 100 people need treatment to prevent one heart event.

For more information on medications for AUD, visit the SAMHSA website.